Spice It Up With Azzaro Wanted Colognes +More Azzaro Products 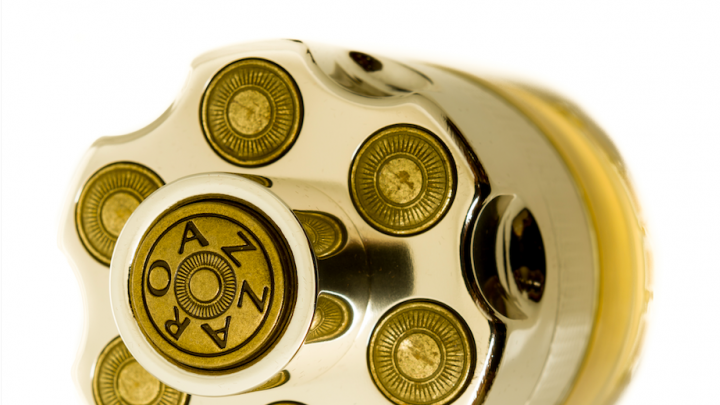 Spice It Up With Azzaro Wanted Colognes Plus Other Azzaro Products

Azzaro Wanted scents are designed with the self-made man in mind. They leave a striking impression, with a strong initial performance and a lasting sillage.

With a variety of fragrance favorites and other car products, the Azzaro lineup has a little something for everybody. In this Azzaro Wanted review, we’re going to go over the top colognes and care products to keep your man smelling fresh.

The Azzaro Wanted lineup offers a range of different fragrances to suit any lifestyle.

As the flagship Wanted fragrance, this eau de toilette is designed for the successful businessman or the young man just reaching his prime. It evokes a sense of charisma and confidence, leaving a lasting impression in the office or out on the town. According to Azzaro, the fragrance is “enough to arouse the envy of men and the desire of women.”

The first spritz starts off with spicy top notes of lavender, lemon, and ginger to reinvigorate and revitalize. The initial performance fades to exotic Guatemalan Cardamom and notes of apple, while earthy notes of tonka bean, amber wood, and vetiver linger behind.

For a more sultry, seductive scent, Azzaro Wanted by Night cologne takes inspiration from the glitz and glamor of 1970s nightlife. Touted as the “fragrance of a modern-day Gatsby,” this scent is made to capture attention.

Top notes of cinnamon and red cedar lend the cologne a warm, inviting scent that’s balanced with masculine tobacco musk. The fragrance offers a stronger performance and a more robust sillage than its everyday counterpart, which may make it too overpowering for a business setting.

When it comes to date night, though, Azzaro Wanted by Night is sure to set your man apart. It’s bold enough to make an impression and yet warm enough to exude sophistication. It makes an elegant choice for any formal occasion, nighttime or otherwise.

Azzaro Wanted Tonic offers a clean, lightweight scent that’s perfect for everyday wear. It’s a casual cologne, making it a versatile choice no matter what your man’s style might be. Whether he’s going to the gym or giving a presentation, Wanted Tonic will keep him smelling fresh without being overpowering.

As the blue tint suggests, Tonic gives off a more aquatic scent than other colognes in the lineup. Invigorating top notes of lime and fresh, spicy middle notes of ginger give way to woody notes of patchouli that offer a gentle, refreshing sillage.

Azzaro has much more to offer in terms of fragrances than just eau de toilette sprays. You can find other personal care products that give off the same refreshing scent as Azzaro Wanted cologne.

This gift set from Azzaro makes an ideal present for the man in your life, whether he’s a buddy, a partner, or a mentor. The pack includes both an eau de toilette spray as well as a scented shower gel offering the same refreshing blast of lemon, cardamom, and vetiver as the cologne.

While the Wanted spray can help keep your man fresh throughout the day, the shower gel allows the scent to really soak into his skin. It helps to clean and moisturize, leaving him feeling as fresh as he smells. He can also use the gel as a hair wash for soft, great-smelling locks.

When your man is keeping active, an eau de toilette spray can only do but so much to keep him smelling his best. Using Wanted deodorant by Azzaro not only leaves him smelling fresh but actively blocks bad scents such as sweat and body odor.

This deodorant stick is infused with the hallmark spicy, woody scent of Azzaro Wanted. It’s easy to use and apply, with a twist-bottom design and ergonomically sized container. The deodorant is also alcohol-free so that your man doesn’t have to worry about his skin drying out. It makes a good choice for both men and teens looking to keep fresh while staying active.

Deodorant sticks can sometimes be unwieldy, and they may end up leaving streaks on darker clothing. A spray can often is even more convenient, and what’s more, it won’t leave behind a white residue. Azzaro Wanted Deodorant Spray makes a good choice for any man on-the-go, such as traveling businessmen or busy athletes. Keep in mind, however, that deodorant sprays aren’t as eco-friendly as sticks.

After shaving, your man needs to protect and moisturize his skin to prevent dryness, cracking, and razor burn. The Azzaro Wanted Aftershave Balm is light, non-greasy, and gives off the same invigorating scent as other Wanted products. His skin is sure to look and smell great every morning before he heads off to work or school.

Azzaro Wanted first made its way to the scene in 2016, where it was introduced during the Cannes Film Festival. With its bold, bright scent, the fragrance follows the same enthusiastic approach to life and pleasure as other famed Azzaro perfumes.

Made from renewable raw ingredients, the Azzaro Wanted lineup is inspired by the tastes and smells of the Meditteranean lifestyle. It combines the heat of ginger, lemon, and lime with soft, woody vetiver and patchouli.

A perfect balance of wood and spice lend Azzaro Wanted its signature crisp, refreshing scent. The entire lineup comes in attractive gun cylinder bottles, with polished metallic caps and a crystal body that shows off the cologne inside.

Esteemed French courtier Loris Azzaro first launched his fashion brand in Paris in 1965. While he started out making bags, belts, and striking dresses, his real claim to fame came from his fragrance line.

Azzaro didn’t release his first perfume until 1970, some five years after establishing his fashion line. His initial fragrances were unisex, but with the addition of men’s clothing to his fashion brand in 1992, he decided to branch out into exclusively masculine fragrances.

In 2016, the Azzaro cologne brand released its new Wanted fragrance for men. Perfume artist Fabrice Pellegrin is the nose behind the scent.” Named “Perfumer of the Year 2017” by Cosmétique Mag, Pellegrin has a passion for bold, natural ingredients that comes through in the unmistakable scent profile of the Wanted cologne.

Its bright, bold scent embodies the Azzaro brand’s values, including the same unbridled passion for life shared by its founder. The entire Wanted lineup pays homage to Loris Azzaro’s vision of a sophisticated style for the successful, charismatic man. 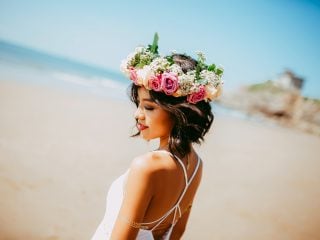 Bring On The Florals of Spring: YSL Libre Perfume Reviewed
Read Next Post →
Comments are closed.