Versace Eros Review: Does It Live Up To The Hype?

A good Versace Eros review must first understand Eros the god. Son of Aphrodite, the goddess of love and beauty, Eros is an expression of male sexual power and fertility.

This fragrance from Versace was launched in 2013 and was envisioned as the aromatic expression of the raw sexual energy of Eros.

Released with a female counterpart, Eros for Men was the first male fragrance to be released by Versace in five years.

“Eros is truly the DNA of the House of Versace”, said Donatella Versace, “We have a Greek motif making us think about ancient Greece, antiquities, and mythology, while the turquoise color represents the Mediterranean. That is Versace!”.

This decadent fragrance joins the ranks of other male Versace fragrances like Versace Pour Homme*, Blue Jeans*, and Versace L’Homme*.

Versace Eros Eau de Toilette for Men was created by Frenchman Aurélien Guichard. Born in Grosse, widely regarded the capital of perfume, the world of fragrances was never far from his life, even in childhood.

His grandparents had made a living producing roses and jasmine for perfumers, while his father, Jean Guichard, was a perfumer. Aurélien studied at Paris’ legendary Givaudan School and followed in his father’s footsteps.

He has worked for a diverse range of perfume houses, from Bond No. 9 to Davidoff, Robert Piguet, and Ego Facto.

His career has taught him many lessons already. Explaining the mantra that guides his work, he said: “To have a clear olfactory goal, to bring excitement to life, to create perfumes that people want to use and share, and simply to be happy.”

For a Versace Eros* review, it’s a must to discuss the scent notes. The scent opens with a strong blast of mint, green apple, and lemon. After the initial spritz fades, the aromas move to the heart, bringing forth tonka bean, geranium, and ambroxan. Finally, the fragrance settles on a base of Madagascan vanilla, vetiver, oakmoss, Virginian cedar, and Atlas cedar.

The bottle, designed by Donatella Versace herself, is a masterpiece of decadence.

A block of azure blue glass contains the fragrance, adorned with Greek frieze motifs surrounding the central image, a depiction of the head of Medusa.

It’s crowned by a blue topper, gold on the top and with another image of the head of Medusa.

Understatement and subtlety are unknown words to Eros, its opening is a huge and bombastic, minty and aquatic. It’s loud and boorish flavor is sharp on the opening, perhaps due to the apple.

It smells classic, but not old fashioned. It feels somewhat juvenile, akin to an Axe or Lynx product, but better.

The sharpness is balanced by a sweetness that could easily be overdone if spritzed too liberally, while Ambroxan – a synthetic version of ambergris – works to keep the base salty and oceanic.

In this Versace Eros review, we can safely say that this eau de toilette has a truly impressive performance. The initial projection is huge and is matched with just as impressive sillage and projection.

According to Donatella Versace, Eros for men is “a fragrance for a man who is his own master. He is a hero: A man who defends their ideas and goals.” That tells us about what sort of personality this fragrance suits, but what about what age man this is for?

This Versace Eros *review recommends the scent to a confident, up and coming male in the initial throes of adulthood, or a late teenager transitioning into their twenties.

Where Should You Wear It?

It’s both mature, yet playful. Thanks to its impressive projection and sillage it’d be great for a club or date environment, but office use may be risky if you want to avoid choking your co-workers.

In terms of seasonal considerations, Eros for Men is best suited to more temperature conditions, as hot weather can bring out an undesired sweetness in the scent.

Versace Eros for Men EDT acts in many ways like a gourmand, making it quite a rarity in the male fragrance market. This immediately recalls Givenchy’s Irresistible for Men – another gourmand. Though the two are still quite distinct.

On the other hand, one could say that Eros feels like a marriage between the ambroxan-powered blue cologne smell of Bleu de Chanel* and the sweet semi-oriental synthetic tones of Paco Rabanne’s 1 Million*.

A 100ml bottle can be picked up for just a little above the average cost of a cologne. We rate it at: $$$

Where Can I Buy Eros Versace for Men? 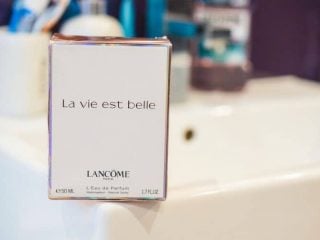 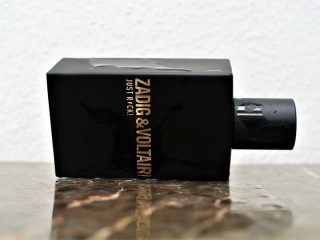