Jimmy Choo Perfume For Her Review: Sweet, Luxurious, and Decadent

Jimmy Choo designs are no doubt luxurious, but though these days anyone can own a Jimmy Choo product, it wasn’t long ago that his creations were the exclusive preserve of the rich and famous.

Beginning his career as a shoemaker in East London over 20 years ago, the Malaysian-born cobbler’s decadent designs were soon spotted by Tamara Mellon of British Vogue and featured in the world-famous magazine. The following years saw him transformed to become the go-to shoemaker of the showbiz elite.

With shops in Paris, New York, and Tokyo, and A-list clients such as Princess Diana on his books, Jimmy’s designs became a must-have item for world figures, from film stars to heads of state. Features in hits like The Devil Wears Prada and Sex and the City further cemented his position as a fashion icon.

Riding high, in 2011 it seemed the time was ripe for his first foray into the world of fragrances, with Jimmy Choo for Her.

Speaking at the launch of the new fragrance, Vogue’s Tamara Mellon said, “fragrance gives a woman identity. When a woman comes into a room, you might recognize her by her smell. Or if she leaves her scarf behind and you pick it up, you smell her.”

Let’s a nose-dive into what makes this scent so special.

Jimmy Choo EDP was created by Olivier Polge, a Grasse-born Frenchman, following in the profession lauded by not only his birthplace but his father too.  Born to Jacques Polge, Chanel’s perfumer for 37 years, and in Grasse, the French capital of perfume – you’d think his fate as a leading perfumer was sealed.

It was far from an inevitability though. Olivier wanted to be a pianist, not a perfumer, but as he grew older, he realized he had not the talent to do so. He instead studied Art History. During an internship at Chanel undertook while studying, he realized his true calling, saying: “I got in touch with all the ingredients that you can never smell separately if you don’t work in a lab and realized it could be my job.”

Since then he’s been the nose behind many ground-breaking fragrances: Misia, Boy, and Chanel No. 5 L’eau, to name but a few.

The scent notes for Jimmy Choo EDP include top notes of mandarin orange, pear, and green notes. The middle is composed of orchid, while the base settles on toffee and patchouli.

Jimmy Choo perfume is contained in a textured Murano glass bottle of the color pink. It is an elegant vessel, with the crystalline contours of the glass bending light in all the right ways. At a more base level, many have drawn attention to the fact that the bottle is reminiscent of a pink hand grenade.

Jimmy Choo’s women’s perfume is an in-your-face opening reminiscent of a 1980s Armani scent transported to the modern-day. After spritzing, it begins fruity with pear and mandarin juiciness, with hints of toffee and patchouli in the background. As it develops, the sweet tones become richer and creamier before fading away towards the end as the scent becomes more chocolatey.

This fragrance is undoubtedly sweet, maybe too sweet for some. The initial fruitiness would be fresh and bright if it were not for a heavy, sticky sweetness weighing it down. Then, even the sweetness fades as it’s dulled by the earthy patchouli, saving the fragrance from becoming a teenybopper bubble-gum experience.

Throughout the journey of the fragrance, it smells of wealth and luxury. Akin to a shopping trip in Dubai or a penthouse suite in Las Vegas.

The sillage is moderate and the longevity is decent at around eight hours.

Jimmy Choo for women smells rich. Not just rich in a sense of aromas, but in a material sense too. It feels like it would be worn by a wealthy young woman going about her glamorous business in a big city. This woman would be confident and successful, not afraid to be bold and take risks. “Don’t like my fragrance? Not my problem.”

To many, this fragrance will remind them of Flowerbomb by Viktor & Rolf, with good reason. Flowerbomb was co-created by the very same Olivier Polge behind this scent. This fragrance though is decidedly less cloying and sweet than Viktor & Rolf effort. Angel by Mugler is another similar fragrance worth noting.

How Much Is It?

Where Can I Buy It? 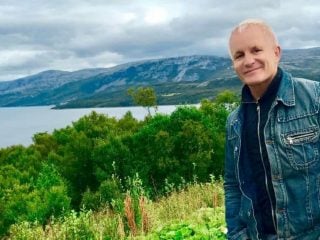 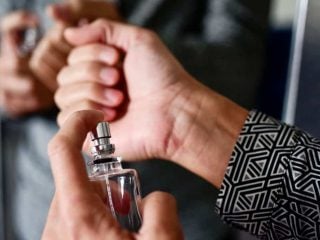