7 Men’s Colognes That Are Perfect for Women Too

Women are generally more adventurous when it comes to wearing fragrances, so don’t need much persuasion to cross the gender divide.

Whether buying gifts for the men in their lives or sneaking a spray of their partner’s favorite fragrance, women have long known that certain fragrances are too good to be thought of as men’s only fragrances.

In the scheme of things, French luxury brand Cartier doesn’t over-hype its fragrances, so this 2017 release slipped under most people’s radar.

It opens with a sunny burst of citrus notes, with honey slowly developing in the background. When the honey takes centre stage, it’s a light and airy take on the note. Good news for those who might have found the honey in the EDP version too much of a good thing.

Artemisia adds a note of herbal interest, while the base of musk and gaiac notes balance the initial freshness of the scent. Unlike the EDP, there is no floral element and L’Envol de Cartier EDT is an altogether lighter and brighter affair.

The French brand has several men’s fragrances worth checking out, including Eau des Baux EDT and Eau de Cedrat EDT.

Inspired by the dry woods, red soil and hot stones found in the Garrigue region of southern France, Eau de Cade is one of its best.

It opens with a brief sunny note of bergamot and a big sprinkling of pepper, followed by a heart of cedar.

The woody theme continues with a beautiful dose of cade wood essential oil. Cade is a species of juniper and gives this EDT a smoky and spicy quality.

This fragrance has been on the market since 2008 and is highly recommended if you’re partial to the nuances of tobacco, even if some wearers have reported performance issues with it.

It opens with cool and enticing notes of bergamot, violet and cedar. The tobacco note gets top billing in this scent. Warm and with a touch of sweetness, it’s deftly handled by the perfumer, who rounds off the sophisticated effect with notes of patchouli and amber.

A hint of leather completes the luxurious package.

Founded in 1904 by Ernest Daltroff, Caron is one of the iconic houses of French perfumery with many of its classics still in production.

Un Homme de Caron was originally launched in 1934 and the company claims that it has not changed the formula since then.

It makes the most of its key ingredient, lavender, in a very natural, clean and fresh way. Lavender is known for its calming properties and that’s exactly how you will feel when you wear this gem.

The lavender is superbly supported by a vanilla note that stays on the right side of sweetness.

Prada has a well-earned reputation for quality fragrances that stand out among the designer fragrances crowd.

The Italian luxury brand came up with a winning formula when Prada L’Homme EDT was launched in 2016. The range has spawned several flankers since then and Prada L’Homme Intense EDP is also worth sniffing out.

But it’s the EDT that gets our vote. The first note that will grab you is the citrus neroli and then a big iris note comes through. Powdery and slightly sweet in all the right ways, it’s complemented by a dose of geranium and amber.

It’s one of the best mainstream iris fragrances on the market.

Master perfumer Dominique Ropion has created a number of classics for the French niche perfume brand, including Carnal Flower EDP and Portrait of a Lady EDP. So you know you’ll be getting top quality and craftsmanship when you spend your hard-earned cash on one of his creations.

Its opening is wonderfully distinctive: a combination of super-fresh mint, spicy aniseed and thoroughly authentic geranium.

Clove and cinnamon notes add to the spiciness, while sandalwood, benzoin and frankincense bring a creamy, smoky dimension to this true original.

In a genre that’s got stiff competition from the likes of Guerlain Vetiver EDT and Frdric Malle Extraordinaire EDP, Lalique Encre Noire EDT is right up there among the best vetivers. And it’s so well priced, too.

This beauty opens with the slight pepperiness of cypress and then gives way to an unforgettable treatment of vetiver: dark, earthy and slightly dirty (we mean that in a good way).

All the woodiness is skilfully balanced by a base of musk. 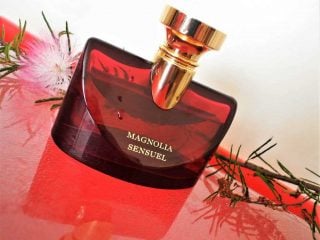 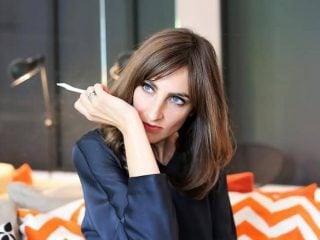