Courtesy of its distinctive aroma and fixative properties, sandalwood is a highly prized fragrance oil that is often used in making any number of scented products. It is especially sought after for the manufacturing of perfumes and colognes.

If you are looking for a new personal fragrance, I highly recommend choosing a sandalwood scented fragrance. The following list of seven best sandalwood colognes will give you a great starting point on your search for the best one for yourself.

Our Top Picks of Sandalwood Colognes

Drakkar Noir was created by Pierre Wargnye for Guy Laroche in 1982, making it the oldest cologne included on this list. It has won several awards, including a Fifi Award in 1985 for the “Most Successful Men’s Fragrance-Limited” and the 2010 Canadian Fragrance Award “Hall of Fame Award-Men’s”. Drakkar Noir was also named the best-selling men’s prestige fragrance worldwide in 1991.

It features top notes of rosemary, lavender, basil, bergamot and lemon; middle notes of carnation, cinnamon, coriander and juniper; base notes of sandalwood, leather, patchouli, oakmoss and cedar. The clean, fresh scent of Drakkar Noir was practically the signature scent of the late 80’s and early 90’s yet it still stands the test of time.

It’s one of the rare affordable sandalwood colognes.

Cool Water by Davidoff was created in 1988 by Pierre Bourdon. It features top notes of seawater, rosemary and mint with middle notes of lavender, jasmine and neroli. The base notes of Cool Water are sandalwood, tobacco, oakmoss and musk.

While still a perennial favorite, this ocean inspired scent hasn’t aged as well as many of the others on this list and smells more synthetic and less natural than it once did.

Molecule 04 from Escentric Molecules was created in 2017 by Geza Schoen. It’s one of the modern sandalwood colognes featuring pure Javanol, a lab created, new generation sandalwood scent. It was created due to the instability of the supply of natural sandalwood oil.

This cutting edge fragrance takes the less is more approach and showcases the aroma of sandalwood. This is a very polarizing cologne, having just as many fans as it has detractors. Some users love the scent while many others simply cannot detect it. One thing everyone seems to agree on is that this cologne leaves a great scent trail and has incredible longevity.

Santal from Floris was originally released in 2002. This cologne features top notes of bergamot and lemon; middle notes of green grass, black pepper, lavender, cloves and nutmeg; base notes of sandalwood, vanilla, musk and incense. 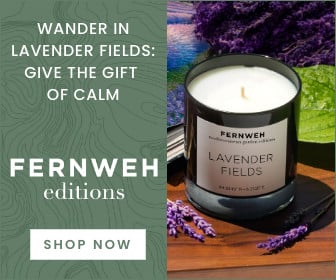 It is a subtly spicy scent that evokes an air of gentlemanliness and formality. It is warm, smooth, creamy and classy. This scent projects itself as more of a night out on the town when you want to make your presence known than a stay in and cuddle on the couch kind of personality.

Sandalo from Lorenzo Villoresi was released in 1995 but its deeply masculine scent would have been just as perfectly placed if it had been offered at the turn of the century.

This unique interpretation of a sandalwood colognes was inspired by ancient Indian tradition and features top notes of Brazilian rosewood, orange, lemon and lavender. Middle notes of sandalwood, labdanum, amber, neroli and Bulgarian rose rest atop a base of more sandalwood, musk, oakmoss, amber, patchouli and vetiver. The resulting cologne is an intriguing mix of well balanced woodiness and elegance that is vintage without being old.

Released in 1990 by Chanel, Egoiste was created by Jacques Polge. This sandalwood cologne features top notes of rosewood and coriander; middle notes of carnation, Bulgarian rose and cinnamon; base notes of vanilla, sandalwood and ambrette seeds.

It is a timeless scent that is undeniably masculine. It is warm and woody, yet posh and sophisticated. Egoiste is credited as being the first “male perfume” to feature sandalwood as its main fragrance note.

Created in 2011 by Yann Vasnier for Tom Ford, Santal Blush is an exotic blend of sandalwood and eastern spices. It features top notes of cumin, carrot seeds, cinnamon and fenugreek; middle notes of rose, ylang ylang and jasmine; base notes of Australian sandalwood, benzoin, oud, musk and cedar.

This warm, spicy sandalwood cologne also has a beautiful creamy elegance. This scent is less masculine than many and would compliment a woman’s chemistry just as well as a man’s.

This highly prized natural oil can be harvested from any of the approximately ten trees of the Santalum genus, a number of similarly scented-but distantly related plants or completely unrelated-plants. It can also be created in a lab as a synthetic fragrance compound.

Its scent has often been described as woody, soft, milky, warm, creamy and smooth. Its long-lasting, woody notes are popular among a variety of fragrance families, including oriental, woody, chypre, fougere and floriental. It is also commonly used as a fixative and enhancer for citrus and floral fragrances.

Unlike many other fragrance types, sandalwood colognes can easily transition between the seasons, making it the perfect choice as a year-round, signature fragrance.

The Longevity of Sandalwood

Sandalwood’s long-wearing properties also make it a popular choice for many, as it doesn’t fade away as quickly as other scents may. The fragrance is also said to help increase alertness and manage anxiety in those who wear it.

How To Choose The Right Cologne

While choosing new sandalwood colognes may seem intimidating at first, referencing this list can help you narrow the search. Each cologne has its own distinct set of characteristics to choose from.

While some men may welcome the vintage scent of Sandalo by Lorenzo Villoresi, others may turn away from the thought of being perceived as “old” and welcome a more contemporary scent such as Molecule 04 from Escentric.

The budget friendly price tag of Drakkar Noir will appeal to savvy shoppers while men who appreciate the little luxuries in life will greatly appreciate the indulgence of Santal Blush from Tom Ford. Choosing the best sandalwood cologne is as unique as the man who will be wearing it.