Marc Jacobs Daisy perfume has been delighting noses since 2007, and in that time the original has been joined by a multitude of flankers that have all been developed with the foundations firmly ground on the original scent.

By adding their unique spin on the base aroma, the newcomers each make the scent their own.

For the customer though, it can be a minefield of variations that make it hard to choose the perfect one.

Here we’ll look at the original and four of its best flankers of Marc Jacobs Daisy perfumes to give an impression of their qualities and drawbacks.

Marc Jacobs Daisy perfume is for the “sophisticated, seductive and dazzling woman”, the woman every woman wants to be. Launched in 2007 as a fresh classic for a young woman. It has an infectious, laid back happiness that gives the wearer an incredible magnetism.

After spritzing, zesty grapefruit and violet fill the air before it settles on a soft, floral musk with warm woody aromas. All this takes place in front of a green meadow backdrop with grassy notes.

With a moderate sillage, the top is composed of violet leaf, blood grapefruit, and strawberry. In the middle, there are flowery notes of gardenia, violet, and jasmine. At the base, there’s musk, white woods, and vanilla.

If you’re on a tight budget you might be interested in what smells like Marc Jacobs Daisy but has a lighter price tag. There are a couple of fragrances available. Eve Truth by Avon is one of them, and Marks and Spencer’s Butterfly is another.

If you prefer the real thing and want to know where to buy Marc Jacobs’ Daisy, it’s available from The Aromi in the link below. Its high longevity makes it absolutely worth every cent.

Released in 2011, Eau So Fresh by Marc Jacobs develops the original scent and replaces soft musky florals and greens for crisp and tart notes. The opening is sharp and alcoholic, but this fades quickly and allows a sweet ethereal atmosphere to dominate, with a slight sense of powder. After this, it dries down to a clean neutral scent that is inoffensive and office-friendly.

The top notes are grapefruit, green notes, strawberry, and pear. The heart is composed of jasmine, rose, litchi, violet, and apple blossom. Finally, the base settles on cedarwood, plum, and musk.

Marc Jacobs Daisy perfume, Twinkle, dances into the room holding a fresh bouquet of flowers in the first days of spring. It’s a feelgood fragrance that starts woodsy before developing into violet with a touch of sweetness emitted from the berries. It’s a fine balance of sweet and powdery that can’t help but delight.

The top notes are dominated by red berries and violet. The core is made up of more violet and white flowers. The base is a simple expression of white woods.

Daisy Dream EDT, released in 2014, combines unusual florals and fruits to create a palpable ‘blue’ effect. On the first spray, a powerful blast of blackberries and pear enters the air before quickly reducing to reveal a litchi and wisteria core. Before long, the aroma becomes like creamy pina colada coconut.

Despite the strong start, the fragrance is not harsh or overpowering. In fact, its main drawback lies in its poor longevity.

The top notes of this fragrance are blackberry, pear, and grapefruit. The core is of wisteria, jasmine, and litchi. The base is cedarwood, musk, and coconut.

From its fruity start to its floral core and its woody-musk base, Marc Jacobs Daisy perfume, Love, was created with the millennial generation in mind. Launched in 2018, its sweet notes of cloudberry create a heavenly, sugar-sweet coziness. The cheerful scent has similarities with celebrity scents like Mariah Carey’s Vision of Love, or RiRi while remaining unique.

The top notes are purely made up of cloudberry, while the core is true to its name – daisy. The base is musk and driftwood.

Another work-friendly perfume due to its moderate sillage and soft scent. 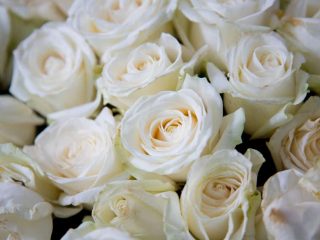 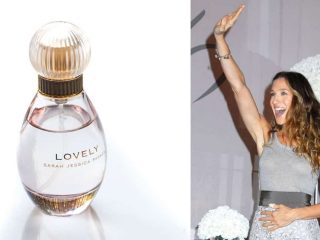 Is Lovely by Sarah Jessica Parker Perfume Worth It? A Review
Read Next Post →
Comments are closed.