When Shyamala Maisondieu was awarded the 2019 Prix François Coty in recognition of her career and creations, it was confirmation of what we had known for a while.

A snapshot of her diverse creations/co-creations across the designer and niche categories will tell you that the Malaysian-born, London-educated perfumer is one of the brightest talents of her generation:

Maisondieu originally wanted to be an astronomer, but that was not a career option in Malaysia, so she studied chemical engineering instead, which eventually led her to perfumery.

With her undeniable skills and finesse, it’s no surprise that Maisondieu was chosen to co-create Lancôme Idôle, which was launched internationally in late 2019.

The first new perfume launch from the French beauty giant since their decade-defining La Vie Est Belle, it’s too soon to tell whether it will go on to repeat the success of its predecessor. But there’s no doubting that this new EDP will receive equal amounts of love and hate.

See our review of Lancôme Idôle at the end of this interview, in which Maisondieu talks about her career so far, the pressures of creating a new blockbuster and working with her ex.

What attracted you to the world of perfumery?

I actually came to it by accident. It was after I had graduated in chemical engineering, was looking for a job and happened to see an advertisement in a local newspaper in Malaysia looking for graduates with a chemistry background. But what attracted me was the mention that I would be willing to travel and live in another country.

What really won me over was when I met a perfumer who told me all about his job, and I realised there and then, it was exactly what I wanted to do. It had both artistic and scientific aspects to the job, which I knew where my strengths and capabilities lie.

Where did you study perfumery? What was the most important thing you learned there?

I was very, very lucky to have been able to study at the perfumery school of Givaudan, while it was in Grasse. I had a teacher, Francoise Marin, who insisted on us being curious.

That has stayed with me and has fuelled how I see life in general as well. I am always open to new ideas. That is one of the most important things about being a perfumer.

What was the first fragrance you created and how do you feel about it now?

I’ve had two different perfumery lives. I started off as a perfumer in consumer products (detergent, soaps and shampoo). And then in 2016 I joined the Givaudan fine fragrance team.

There are two fragrances which I created at that time: Tom Ford Bois Marocain EDP [2009] and Eau de Sisley 3 EDP [2009]. I still am very proud of them. They are both raw and at the same time express very much what I like in perfumery – a central focus on natural raw materials.

How would you describe yourself as a perfumer?

That’s a difficult question to answer. I love what I do and feel so blessed to be able to do what I do every day. But it was a long and difficult road, quite bumpy at times.

I wouldn’t be here if it hadn’t been for many people, luck, but also a lot of hard work and patience. I try to be positive, have a happy outlook in my life, and respect people. I hope that reflects in my work.

What was the brief for Lancôme Idôle?

It was to create a new olfactory profile that would appeal to the younger generation, but also globally. It was a challenging brief.

Givaudan [the Swiss fragrance and flavour company she works for] had at that time done an interesting study to understand what was internationally appealing. The idea of the smell of cleanliness was important.

With my background and early experience in other product categories, I had an idea of what could smell clean. So I created this Clean & Glow accord, which straight away was loved by the fragrance developers at Lancôme.

Idôle is the brand’s first new fragrance following the huge success of La Vie est Belle. Did you feel any pressure to create another blockbuster?

Pressure was enormous, of course. It still is; time will tell how Idôle will fare. But we had a great team and L’Oréal [the owner of Lancôme] also had that same pressure.

Everyone was committed and we worked hard. We had a goal and somehow the pressure was turned into a positive motivation.

You co-created the fragrance with Adriana Medina-Baez and Nadège le Garlantezec. How does this kind of collaboration work? Are you responsible for different parts?

The creation process is different for different projects. The main thing is to have great communication within the team.

For this project, we all worked in many different ways. We each tried to bring something special to the fragrance and also worked on it in a technical aspect, that is, in terms of strength diffusion and long-lastingness.

Each of us brought something specific, but which wasn’t completely defined at the beginning. It sort of comes out because of our history, our background and the raw materials which we love.

Have you read reviews of the fragrance?

I’m still too nervous to read them. I think I’ll wait.

You’re married to perfumer Antoine Maisondieu [creator of Tom Ford Shanghai Lily EDP, Valentino Donna EDP and Comme des Garçons Play Black EDT] and work for the same company. How do you support each other?

Antoine and I have been separated for some time now, six years. But we met at perfumery school and were friends and colleagues before being husband and wife. We have managed to come back to that.

Being friends and colleagues, but with something special still remaining in that, we trust each other a lot. It is a question of sharing many things, be it ideas or information, or critical advice on each other’s perfumes.

What other projects are you working on?

I’m working with some other colleagues as well on various projects, which is a lot of fun as I am learning from them. And I’m starting a lot of new ideas, but it’s still too early to see where they will end up.

At first sniff, Lancôme Idôle might seem like a regular, albeit high-quality rose fragrance made from the best ingredients. Spend time with it, however, and this EDP reveals more complexity.

Pear sets the tone. It’s delicately sweet, but reserved. This is a rose fragrance and two essences (an absolute and rose water) have been used to make it the star of the show.

It’s fresh, pure, greenish (petals and leaves very much in evidence) and without any of the bold theatrics of the genre. Jasmine is very much in the background. The white musks drydown maintains the pure vibe. Longevity is impressive, if that’s important to you.

Lancôme wanted a clean scent. Maisondieu and her co-creators have more than met the brief. This clean aspect comes through in a surprisingly noticeable soapiness, which could be the Clean & Glow accord that Maisondieu created. 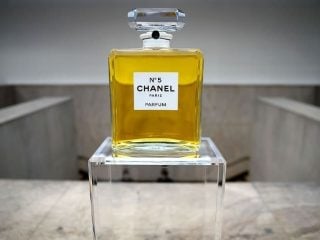 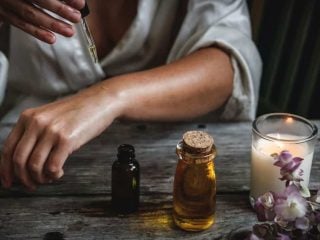 Make Your Own Perfume: Create A Unique Fragrance
Read Next Post →