True, there are some perfume bottles that are quite nondescript but most come in designs that are rather special and unique to the particular brand.

Some designer perfumes today can easily be identified, simply by the design of their bottle. A perfect example would be Christian Dior’s Poison, with its chunky purple-colored bottle. A later variation of this perfume, called the Tendre Poison, was released a few years later and comes in a similar bottle design in a light green shade. Two more versions — Hypnotic Poison and Pure Poison — also come in the same oval bottle but in different colors.

When it comes to uniqueness in perfume bottles, Jean Paul Gaultier’s summer perfume probably leads the pack. It is packaged in a bottle with the form of a woman’s torso, making it undeniably one of a kind.

Another Gaultier perfume called Fragile comes in a very simple bottle. However, the top more than makes up for the lack of artistic value in the bottle. It is in the form of a snow globe which has the female form within. Certainly, Gaultier does know how to capture his market not just with exquisite fragrances but with delightful perfume bottles as well. 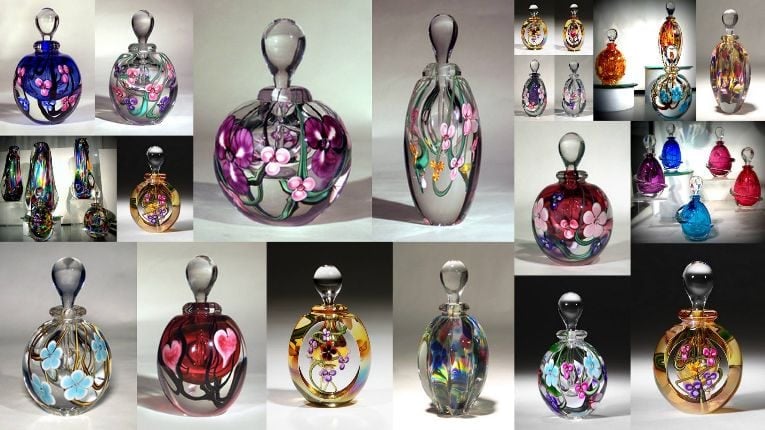 While some perfume bottles stand out because of their elaborate shapes, others can make a statement with their simple elegance, such as the CK One by Calvin Klein.

This bestselling perfume comes in a very simply-designed bottle with a screw-on cap. It looks quite ordinary but that didn’t stop it from becoming one of the most popular perfumes of our time.

A remarkable thing about perfumes is that one can almost instantly identify whether a fragrance is meant for a man or a woman simply by the design of the bottle. Oftentimes, men’s fragrances are contained in simple and functional bottles while women’s fragrances are usually more intricately-designed, with more curves and colors in the bottle.

In unisex fragrances though, the general rule in perfume bottles is usually the simpler the better. Men tend to be put off by elaborate bottles when choosing their mens colognes, so manufacturers keep it as regular as possible.

Of course, there is no direct correlation between the design of the bottle and the quality of the perfume. However, the different styles do make the fragrances more interesting and may even affect the marketability of a particular fragrance.